Our Love Story, continued from yesterday….

The time line is a bit blurred in my mind, but somewhere along the way, close to the Holiday’s, the Lord asked me to let go of it all.  My dreams, my plans, my hopes, all of it.  He needed me to let go so He could take over. And when He takes over, AMAZING things occur!

He began to speak to me about Courtship instead of dating.  I finally had a name for what He had been asking me to do in High school.  He was asking me to be friends with a guy, hanging out with my family and his, until the Lord told me “Yes, this is the man I have for you, Tonya.”  Courtship is dating with the intent of marriage.  He was asking me to wait to date, UNTIL I found my spouse.  Interesting.

Then He brought me “THE BOOK”.  The book that forever changed my life and altered my course….

“When God Writes Your Love Story” by Eric and Leslie Ludy.

By the second page in the book words were LEAPING off the page and grabbing my heart…..

“…….You have searched for true love in your own way.  But my ways are not your ways.  I want to script a beautiful tale just for you, but first you must trust Me with the pen of this precious area of your life.  Will you let Me write your love story?”

“God is longing to write your love story.  A love story far beyond the most incredible fairy tale ever written. Will you give Him the pen today?”

What a thought!  God was longing to compose MY love story, my very own fairy tale?  WOW!   He cares about all the areas of our lives, even this one, what a thought!   He was asking me to hand Him the pen, stop worrying, stop planning….and just sit back and hang on for the ride of my life. 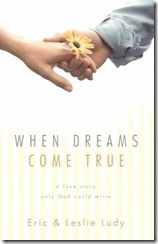 I  was so excited about what I was reading, that I bought this book and the next one for 7 of my friends (including Dale). I knew it was going to change their lives!  It’s called “When Dreams Come True” and tells the true love story of the couple, Eric and Leslie, who handed over the pen and let God script them a beautiful story.

More of Eric and Leslie’s AMAAAZING books are found here at http://ellerslie.com/Books.html  I highly recommend them for pre-teens and teens, and their parents as well!

Some of their popular titles include:

When God Writes Your LIFE Story

This couple has started an incredible ministry working towards raising youth to be a light to a dark world, to be IN the world but not OF the world. Play around on their website when you get a chance!!!!

Ok, so that was a major bunny trail, but an important one.  Back to the story:

After months apart, Dale & I decided to start spending time together again, we missed each other so much!  We were determined to just “Be Friends”, but we felt so much more.  Not long after this, we decided to take a week, not see each other or talk, but fast and pray, seeking God on our knees as to whether this could be turned into a courtship or not. Once again, the Lord began speaking to me immediately about forgiveness. As in, Dale prayed with me about our week apart and left, and before he had even left the neighborhood, I opened a book and there in front of me lay a 12 Steps To Forgiveness page. No doubt, the Lord was asking me to forgive as He had forgiven me, I knew this by now. He spoke to Dale too that week, about making things right with his past relationships.  That amazing man called each girl he had been in a relationship with, and asked their forgiveness for not respecting them as he should have.  Some were tearful and thankful, some called him crazy.

But as far as our Courtship?

The Lord was silent.

{SIGH} Fine. Friends it is. 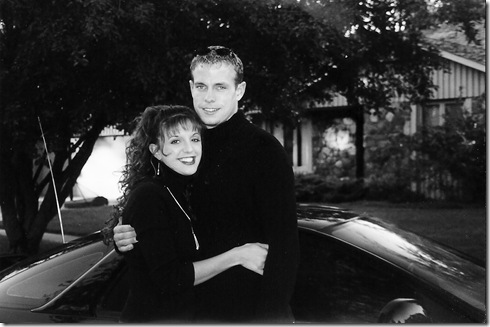 That Christmas Eve, during the candlelight service at church, 1 year later almost to the day that my world fell apart, I forgave my dad and walked away from the ugly bitterness I had been carrying!  Praise God for the freedom that comes from forgiving, my relationship with my dad is a close one, and I had missed him!  I also forgave Dale for his past that night and let it go, to be stewed about no more.  Jesus’ blood was strong enough to cover any and every sin, why was I worried it wasn’t strong enough to cover Dale’s indescrestions of the past?

What a load off! I tearfully rejoiced, feeling light and free!!!  I was SO thankful my relationship with my dad was restored to better than ever, and that I could enjoy my time around Dale without always thinking of his past!

It was the next night, at a Christmas celebration with family and friends that the Lord gave us the green light to pursue a courtship, dating with the intent of marriage, and we were thrilled!  He had been waiting for my forgiveness of the 2 men in my life all along!

Family and friends had been teasing us that we basically were like a couple anyways, and it was obvious we loved each other, why didn’t we make it official already?  We were hesitant to “slap a label on it”, but mostly, scared the Lord would take us away from each other again if we acted outside His will.

We were sitting at the piano, shoulder to shoulder, dinking around and talking about our relationship.  I told him what my mom had told me just the other day that maybe God was asking us to take a step of faith before He answered us.  Hmm, what a thought!   Dale thought for a minute then turned to me and says something like, “What if I ask you to be my girl right now?”  I hesitated, made and face and was like, “Welllll…”.

“Well, in my heart I’d say yes in a second, but then all those doubts creep in my mind.”  I just couldn’t lose Dale again!

We go on for about 10 more minutes trying to decide what God was asking us.  Finally,  he turns to me and says…

Me: “More than anything!”

Dale: “So are we together?”

Dale: “Do you feel any different?”

{BIG SMILES ALL AROUND}

In that moment, we realized nothing was different, we had been a couple all along, just without the label! I am sure the Lord was happy we were finally “getting it”!  Sometimes He speaks in a whisper, other times Neon flashing lights.  We heard His whisper that Christmas night, what a beautiful gift!  🙂

Now that the “label” issue was out the way, we fully embraced our Courtship and began to spend time together once again, with me going to his family functions and he coming to mine.  My family adored him!  How could they not?  There was never a dull moment when he was around!!!! 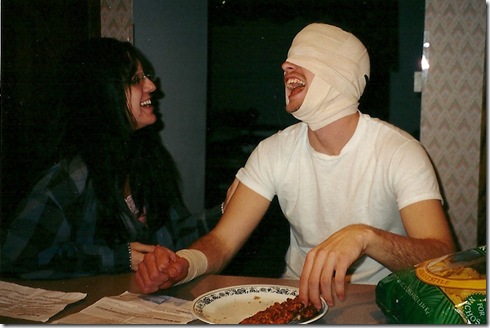 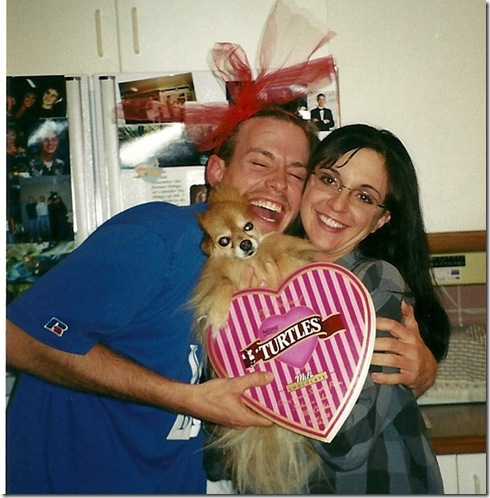 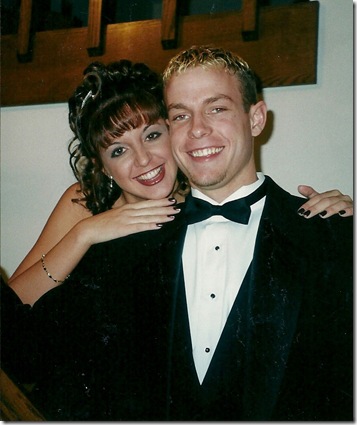 Soon after this, the Lord called Dale to travel with the ministry team“Souled Out” again.  This time for 6 months!  I was SO sad he was leaving, but knew the Lord needed him.  He walked away from his job knowing it may not be waiting for him when he returned.  (It wouldn’t be.) What a test this long distance relationship was for us, but through the ups and downs of it, our love just grew stronger, and Dale (who DOESN’T write) filled a journal FULL of love letters to me while he was gone. What a special gift. 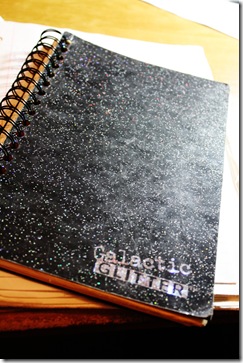 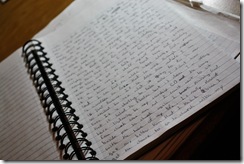 Dale came home for a visit the first week in June, around our 6 month anniversary, and we went ring shopping. HOW EXCITING! I had been waiting to do this my whole life.  Sadly, Dale told me since he left his job to travel with the ministry team, he had no money, and it’d probably be another year until he could save up for it.  I was totally ok with that, floating on my happy love bubble.  No worries, for him I could wait!

The very next morning, as we worshiped in church, my Pastor called me up on stage.  I was worried what kind of sermon analogy I was going to be!  He told me to close my eyes……and when I opened them, there was Dale, on his knee in front of me, with tears in his eyes and a ring in his hand.  My heart was pounding, my palms were sweating…..this was IT!

THE MOMENT I had been dreaming of! 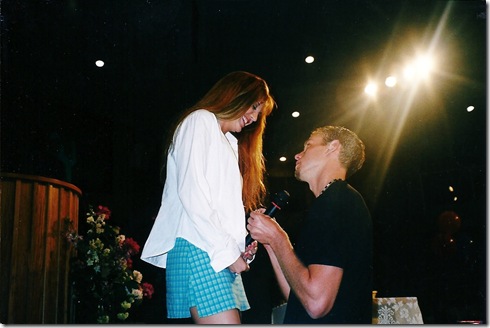 Dale looked me in the eyes and spoke, voice thick with emotions:

“Tonya, I could list a million reasons why I love you, but it boils down to this…..God let me love you.  You are the best thing that’s ever happened to me.  I’m going to ask you one question…….

WILL YOU MARRY ME?”

I wiped my tears and THREW my arms around him!  I had found my Mr. Wonderful, I was going to be his bride, THIS was my happily ever after!  All those months of heartache and doubt, all those times of questioning what God was asking me to do…..all of it built up to this life changing, dream making moment.  The moment I said YES! 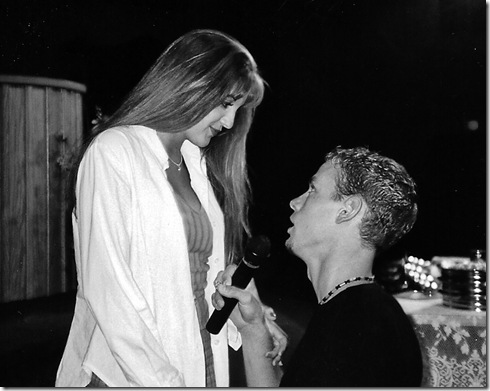 That August, as I turned 19, I sat to write my Future Husband a love letter, as I had since I was 13, but this time I got to write on top….My Dearest Dale.  What a tear-filled, joyful letter it was!  I tucked it away in my shoebox, knowing that by my next birthday, I’d be a happily married woman!

Dale and I were engaged for a whole year, something our children will NOT be allowed to do. It’s so hard to remain pure, plus it’s just waaaay too long to plan a wedding.  It gave OCD me, more than enough time to comb through the details of the big day, organizing and reorganizing each detail! 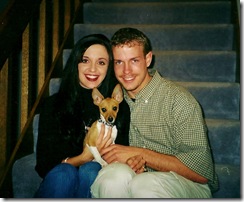 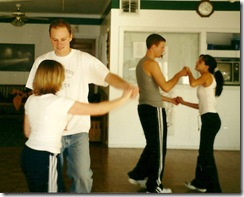 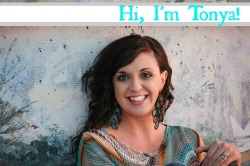 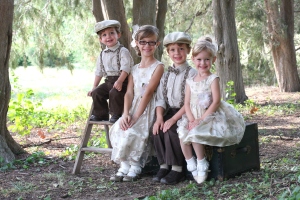